How Cloud Virtualization is changing the IT industry

How Cloud Virtualization is changing the IT industry 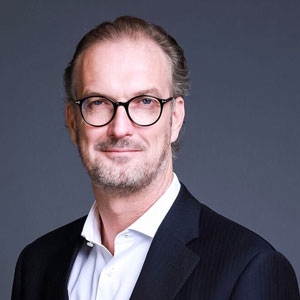 Virtualization has become an essential tool for managing and optimizing IT systems. Greater reliance on technology has fueled a growing need for servers, storage, bandwidth, and other IT resources, even as technology becomes exponentially more complex.

To cope with these changes, organizations need strategies and tools to ensure that they can move quickly and without disruption, while at the same time protecting their data.

Virtualization is one tool that organizations can use to achieve those objectives. It provides essential, simplified, intelligent IT management. Storage, servers, networks, firewalls, and other IT resources can now be virtualized so that instead of managing a host of discrete hardware and software components, organizations can control a single, virtual resource. Virtualization improves capacity utilization, performance, and business continuity while lowering costs.

Virtualization isn’t new; it was used on mainframe computers in the 1960s. What’s changed is the extent to which organizations can use virtualization to manage complex IT systems. Although you can still virtualize individual IT components, such as storage or servers, cloud computing now allows entire systems to be virtualized and managed as one entity. The cloud takes data centers that are scattered across the globe and transforms them into a single unified computing and storage resource.

Multiple applications can share a single server, a process known as multitasking. This is a bit like running multiple Microsoft Office applications simultaneously on your laptop. With multitasking, if one application causes a crash, the disruption affects every other application running on that server. With virtualization, by contrast, multiple applications can run within their own protected environment; one virtual server crash won’t cause a domino effect. The software that enables the server virtualization is called the hypervisor, which creates and runs the virtual servers.

Server virtualization significantly enhances business continuity. Because there is less risk of one application disrupting others, more applications can run simultaneously on a single physical server, thereby increasing utilization rates. Without virtualization, launching an application might require adding a new server, consuming time, effort, and money. In a virtualized world, you just add a new (virtual) server, regardless of which OS the application needs to run on. This can be done almost instantly and without human involvement. Virtual servers can also be migrated without interruption from one physical server to another, making maintenance easier.

Storage, servers, networks, firewalls, and other IT resources can now be virtualized so that instead of managing a host of discrete hardware and software components, organizations can control a single, virtual resource​

With server virtualization, a single physical server contains multiple virtual ones. Storage virtualization is the opposite: multiple data storage systems (hard drives, tapes, flash memory) are converted into a single, virtual storage system. Data can be sent to the virtualized storage, which intelligently determines where to store it.

For example, financial trades must be executed very quickly and reliably. Data from a trading application, therefore, requires extremely fast data storage performance and will be stored on expensive, high-end flash drives located close to the user. By contrast, administrative data, which is archived and perhaps only needed occasionally, can easily be stored on tape in a remote location, an option that is relatively slow but cheap.

Depending on the application that writes or reads the data, the virtualization software can decide how and where the data should be stored. Service providers often use this functionality to offer their customers different tiers of storage. A customer with mission-critical data will choose the highest tier and pay a premium for quick access to her data. Customers with less stringent requirements can save money by choosing a lower tier of storage, accepting a slight decrease in performance.

Because the virtualization software keeps track of where the data is stored, large files can be fragmented, and each fragment can be stored on a separate physical storage device. This significantly increases storage utilization, one of the main benefits of storage virtualization.

Where virtualization is concerned, storage and servers can operate independently: if you want to, you can virtualize one, but not the other. It does, however, make sense to virtualize all physical resources, including network and security devices. In such a scenario, entire data centers are virtualized, a process generally referred to as Cloud Computing. A cloud uses software to automate certain tasks, such as the allocation of virtual servers to an application if the workload changes, or the allocation of memory or storage, depending on need. Automation software greatly simplifies the management of these resources, while further optimizing utilization. Ultimately, complex IT systems will be capable of managing themselves without the need for human intervention. This is known as Autonomic Computing.

While it is possible to run traditional applications in a cloud, applications that are “cloud aware” perform much better. They make optimal use of the cloud's features, such as the elasticity that allows resources to scale up or down, depending on demand. Many companies are using the benefits of cloud computing to offer web-based services. Some of the best-known providers include Amazon, Microsoft, Google, and Adobe. These companies have built massive data centers containing virtualized servers and storage operated on a cloud software platform. Subscribers may pay for services based on usage, or they may pay a flat monthly fee. This has led some to refer to the cloud as utility-based computing, given its resemblance to the way utilities charge for their services.

What comes next: Containers and Microservices

Microservices are a way of replacing traditional, monolithic applications with a collection of smaller programs (services) that are coupled to provide the same functionality as the application software. The microservice architecture has several benefits such as continuous development/testing/deployment and an optimized use of virtualization and cloud functionality. Microservices are still under development and are not yet widely used.

Virtualization has had and is having a major impact on the IT industry. It has simplified IT management, lowered operational and capital expenditure, increased business continuity, and much more. With new developments, virtualization will continue to provide even more benefits to businesses and government agencies.