IMSCAD-CAD and BIM in Virtualised Environments

IMSCAD-CAD and BIM in Virtualised Environments 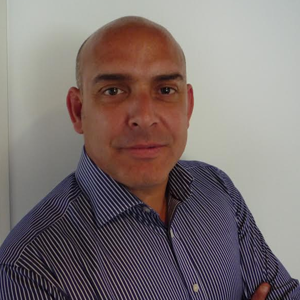 The UK firm has transformed itself into one of the leading global experts in deploying CAD applications in virtualized environments. With offices in London, New York and Zurich and the remote capabilities to roll out projects anywhere in the world, IMSCAD delivers virtualized applications and desktops to AEC and manufacturing firms of all sizes. “We’ve done a lot of work with smaller architectural practices–one server, ten users,” says their CEO Adam Jull, “but the biggest is currently for 3,500 users, rolled out across 80 offices.”

While projects of this size are particularly complex, taking years just to reach the Proof of Concept (POC) stage, even the smaller projects can be a major undertaking. In graphics virtualization, there is no one size fits all approach, as Jull explains. “It’s all about the application flavor and mix,” he says. “Not one of the projects we have done has been the same, with different user groups, across different internet connections, across different countries. There’s so much to it.”

This is where IMSCAD benefits from seven years of experience in deploying CAD applications in virtualized environments. With over 550 successful projects this is more than any other company, says Jull. This has helped IMSCAD refine its consultation and deployment process. “We work with the clients closely so we are able to negate some issues that we know will cause problems once you deploy it.”

IMSCAD has extensive experience in both Citrix and VMware, server hardware, networking and storage but, perhaps most importantly, a solid understanding of how CAD and BIM software works, particularly in relation to 3D graphics. “There are lots of very good Citrix companies, lots of very good CAD companies,” says Jull, “but never the twain shall meet.” “We get a lot of calls from customers who have deployed it [a graphics virtualization solution] with a Citrix company and they’re not getting the performance.

“If you don’t have experience in understanding how Revit and AutoCAD and the other CAD programs really work, you’re never going to get it to work.” IMSCAD boasts broad experience of virtualizing all of the Autodesk applications, as well as ArchiCAD, Rhino, MicroStation, SketchUp, Solidworks, Catia, Siemens NX and others.

However, Jull explains that with some firms wanting to virtualize as many as 200 applications, they are able to deploy pretty much anything. “With any new CAD applications, we would stick it on our demo server to get a feel for it and then configure accordingly,” he says. However, some applications–particularly those that are extremely graphics intensive like 3Ds Max–are sometimes not so suited to virtualization, says Jull.

Density is the holy grail of virtualization as it has a direct relation to cost. It’s a simple equation - the more users you can put on a server the less money you spend on hardware. But there’s always a fine line between balancing density with good performance for the end users. IMSCAD can typically put anywhere between 16 and 40 Revit users on a single 2U server. This depends on the type of virtualization technology that is deployed.

There has been a lot of noise surrounding Virtual Desktop Infrastructure (VDI), where users are given dedicated, guaranteed CPU, GPU and memory resources and the entire windows desktop is virtualized. However, Jull continues to be a big advocate of application virtualization. In terms of performance, he says Revit and other CAD users can be just as well served by a Citrix XenApp deployment, where CPU, GPU and memory resources are shared.

“With VDI we deploy 16 users per server”, he explains. “That’s with two [NVIDIA GRID] K2s (4 GPUs), but with two [NVIDIA GRID] K1s you can have 8 GPUs (four on each card) and do XenApp and have 30 or 40 users, so it’s a big difference.” So why go for VDI? “That’s a good question,” replies Jull. “VDI is a good solution when you need a dedicated resource–GPU guaranteed, CPU guaranteed, memory guaranteed– or if you want to completely replace the desktop and run everything on thin clients.”

With most AEC firms, deploying a graphics virtualization solution is a staggered process, often starting with a single server for a POC and then rolling it out gradually. There are very few firms that do it all in one go. Jull calls this the ‘fork lift truck install’. One of the big industry challenges, says Jull, is getting firms to do a full roll out. “There are not many customers that have rolled out their full business on it,” he admits. “They tried it; they’ve maybe got 20 or 30 users on it, but not the full 250 or 500 users.

The way in which the deployment is managed plays a pivotal role in the success or failure of any graphics virtualization project. Jull rolls off many examples of how he has seen virtualizations projects fail, including POCs that never start because servers never make it out of their boxes and POCs that never end because not enough testing is done.

Jull acknowledges that there are some big cultural barriers to overcome, not least the impact of losing a dedicated workstation, which, he admits, can sometimes feel more responsive than a new virtualized solution. As well as a stick, the business also needs use a carrot to encourage users to try out the new technology. “We can get a lot of stick in the first couple of weeks, especially from the users,” says Jull. “But it’s amazing what you will get used to after a couple of weeks.

“We say…. keep using it, keep using it, and keep using it. Alright, you can now work from home two days a week. Is your family happy with that? You can pick the kids up from school. You couldn’t do that before Mr CAD user,” smiles Jull.

“So it’s those kinds of things you’ve got to start bringing into it. It’s important to re-emphasize the work life balance, even though you could be getting 5percent less [performance] than you might have had before.”

It’s also important to get a cross section of staff involved in pilot projects, not just the ones that are excited by the new technology explains Jull. “We try to get the most sceptical of any company’s CAD users onto this as the testers,” he says.

One of the biggest challenges in delivering a successful project is the network. While the infrastructure may be sound, admits Jull, it’s the way in which it is being used that often causes problems.

“Generally, most people have got a decent network. What the problem is, we find, is the additional user practices, workflows that have been adopted. One company was uploading and downloading big files. We only found that out after live monitoring the network, and found that people were transferring 20GB of data and wondering why Citrix is slow.

Most of the projects that IMSCAD works on involve connecting geographically dispersed teams over WAN. “They want to centralize the datacenter and serve multiple offices,” says Jull. “For multi site we recommend an MPLS [Multiprotocol Label Switching] connection, though it’s not always achievable.”

Latency, which increases over distance, has a massive influence of how responsive a CAD system will feel to the end user. IMSCAD recommends anything under 70ms for the best user experience but it has deployed successful projects where latencies were much higher. “We have one German customer based in Stuttgart and they have 300 users in the US running from a German data centre successfully – with over 200ms of latency.”

Jull acknowledges that it is not always possible for firms to get a dedicated MPLS connection, particularly when on remote sites, but users can still get a good experience when working over the ‘open internet’. IMSCAD even has customers, at times working over 3G and 4G but performance can be variable and subject to the vagaries of the Internet, he admits.

With big capital costs, mainly for data centre hardware, the upfront cost of graphics virtualization projects can be a massive hurdle for some companies, particularly the smaller firms. “Around 50 percent of our proposals get canned because of cost,” says Jull. “You give them a price and you never hear from them again.” The challenge, argues Jull, is to help firms understand that virtualization is not just a technical solution and, as such, should not be compared on price to traditional workstation deployments.

“I say it all the time to customers – you can’t look at it like that, but I know you will because you can’t help it, you want to understand the TCO [total cost of ownership] and all that because that’s what you always do with IT solutions. But [with virtualization] you can’t put a dollar amount on the benefits it has to business.”

“It gives businesses more agility, more flexibility, better collaboration, and happier staff as they are not tied to their workstation and can work from anywhere.” “Staff can work at the weekend without having to go into the office. Having this capability is also an attractive proposition for getting talent to come and work for you,” he adds.