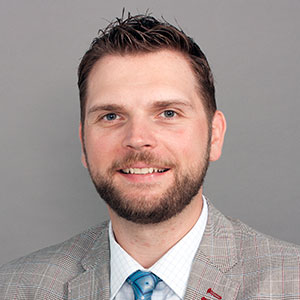 If there’s one thing that seems to come up in every CXO-level discussion it’s the desire to reduce total cost of ownership (TCO). Organizations are looking at both capital expense (Capex) and operating expense (OpEx) in order to maximize each dollar spent. Capital expense reduction generally includes maximizing direct hardware and software investments; this has generally been achieved using virtualization. Organizations quickly realized how virtualization addressed direct operating expense reducing administrative overhead while driving down electrical and cooling costs. The next evolution of virtualization brought cloud computing which further reduces operating expense addressing indirect expenses such as reduced time-to-market and increased availability increasing end-user productivity and happiness. To many organizations, reducing time-to-market could mean the difference between being considered an innovator and market leader, or a follower in the customer’s industry.

Cloud computing is a layer of software that abstracts hardware and software resources in the pools of resources providing elasticity and self-service through automation and orchestration that spans both public and private networks. Organizations interested in the benefits of cloud computing often looking at converged systems to simplify implementation and administrative overhead of the underlying hardware while increasing return on investment bringing cloud services to market quicker. Converged Systems can be found as “pre-converged” solutions and “reference architectures.” Both options consist of compute, networking and storage in a pre-validated configuration with the difference being pre-converged systems such as HP, VCE, and Dell are integrated at the factory and arrive at the customer’s location ready to use. Deployment time is reduced through a software control plane which automates and orchestrates common administrative tasks, such as configuring storage, and provisioning new virtual machines. Integrated snapshot technology provides reduced recovery point objectives (RPO) and recovery time objectives (RTO).

Reference Architectures (RAs), such as EMC VSPEX and Cisco/NetApp Flexpod are essentially validated blueprints using multiple manufacturer technology to achieving a desired level of performance. RAs are often designed and validated for a particular use case. Using this method, RAs can create a predictable configuration with a reduction in initial cost as systems are converged on-site at the customer’s location. Unlike pre-converged systems, reference architectures generally lack a common control plane and, therefore, forego some of the inherent savings pre-converged systems provide. Some organizations may decide to look at a third party control plane, such as OpenStack, along with automation software like Puppet or Chef to achieve similar results while increasing flexibility.

Some manufacturers such as HP and EMC are working hard to differentiate themselves from the pack by offering additional options in an attempt to grab as much as the market as possible. HP recognizes that customers may want the benefits of a Converged System, but don’t have the luxury of replacing their current equipment. HP allows customers who already possess HP blade server servers and StoreServ storage to add HP CloudSystem to existing HP hardware essentially transforming the equipment into a converged system. HP also provided automation and orchestration capabilities beyond the converged system itself using Cloud Service Automation which provisions bare-metal, private and public cloud systems including AWS, Azure and HP Helion. EMC on the other hand recently announced “VSPEX Blue” based on EVO Rail technology by VMware. The system will be based on designs validated by EMC, pre-converged by the distributor using the distributor’s hardware supplier of choice. The solution is completely software-defined and includes VPEX Blue manager providing administration of the system including the VSPEX Blue marketplace where customers can download solutions pre-validated for the VSPEX Blue appliance. With all of the financial benefits it’s easy to see why so much attention is being placed on converged systems.