The Reality of Virtualizing Mobile Networks

The Reality of Virtualizing Mobile Networks 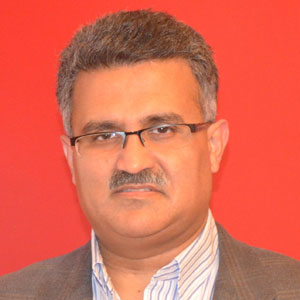 Virtualization enables the operators at the top of the food chain to bring in best-of-breed solutions from vendors without tying themselves to dedicated vendor hardware. It is a revolution that is starting to transform the industry and over the next several years, this will help the operators optimize their costs with an elastic and scalable network that can deploy services in a flexible manner at a much faster pace than today. This is especially important for mobile operators who invest a great deal of resources to rollout new networks. So why not, have the new rollouts be more virtual?

Network Functions Virtualization (NFV) and Software Defined Networking (SDN) are at the forefront of virtualization. NFV allows services and other upper layer functions to be deployed as Virtual Network Functions (VNF) residing in virtual machines (VM). SDN controllers are expected to result in multi-billion dollars of OPEX savings for operators by dynamically managing traffic and backhaul bandwidth.

LTE EPC consists of several distinct components all interconnected via high speed Gigabit 10G/40G+ Ethernet links. In the non-virtualized networks deployed today, these functional components are housed in individual, dedicated custom hardware provided by vendors. To move these distinct components to a virtual platform, each of these “functions” can be hosted in one or more VMs, deployed on the same physical COTS server or cluster of servers. The pool of resources required to service a certain region could be elastically expanded or scaled down by dynamically deploying these VMs and their interconnections. The benefits the operators gain from virtualization are clear.

The activities in an EPC network can be broadly classified into the following:

• Control plane-allows calls to be setup with dedicated pipes for traffic such as data, voice and video to be transported. It also has transactional protocols required for interactions with databases, DNS DHCP servers and policy servers.

• Data plane-focused on high data throughput, not just raw throughput as defined by a network interface card, but how many millions of packets the system can handle per second. Also included in this category are latency sensitive applications such as voice over LTE (VoLTE) that do not require a lot of throughput but need to be handled end-end in < 150 ms.

The control plane migration to virtual platforms is ideally suited for COTS hardware and can be separated from the actual data plane. The high data throughput category is where dedicated hardware always had a strong case. In today’s networks, higher throughput is realized due to clever implementations of more intensive parts of the program in the kernel or in the FPGAs. Moving to standard hardware will mean the speedup will have to happen in software. The industry has come up with specific solutions, like the use of Data Plane Development Kit (DPDK) or Single Root Input Output Virtualization (SR-IOV) to allow software to gain the required speedup. DPDK provides libraries that the software versions of these network functions can link into. In effect, it speeds up delivering packets to the right applications without costly memory copies and multiple contest switches. Lastly, voice application requires the VM it resides in gets predictably scheduled to minimize latency. Solutions for handling this are underway including hosting them on separate cores that will get scheduled as priority.

Many operators, server vendors and NEMs, showcased vEPC at Mobile World Congress (MWC) earlier this month. The rollout will likely be control plane first – starting with services and ones that are transactional (subscriber identity, policy, etc.) followed by the ones that are more coupled with the data plane. The data plane virtualization will happen next once the required acceleration is well proven. Latency sensitive applications such as VoLTE will be virtualized over time.

Virtualizing the access part of the network is more challenging will need to happen in two phases. First is centralizing the RAN functions and secondly, virtualizing them. Today’s LTE access network has an eNodeB that consists of radio heads, L1 Baseband, L2/3 functionality and services, all collocated physically. Centralization would entail separating the radio heads and other time critical components that handle a cell or sector and pool the rest in centralized server(s). As capacity dictates, the centralized resources can be allocated dynamically. The advantages include ease of rollout, less real estate and maintenance–all resulting in cost savings. Several scenarios are being discussed actively in forums such as Small Cell forum. Multiple solutions are being discussed, mainly distinguished by protocol split. Technically, the separation at various levels is feasible as demonstrated at MWC.

This solution requires high-speed fiber links between the radios and the centralized functions. The reason stems from the need for very high bandwidth and extremely low latency between the radio and the baseband functions. The more functionality we move to a centralized location, the more stringent the latency requirements are, ranging from 30 milliseconds down to 250 microseconds.

Availability of fiber is a bigger issue in North America and Europe than China and Japan. With small cells becoming a vital part of the overlay network, there are features enabled by synchronized coordination of multiple cells such as Carrier Aggregation, coordinated multi-point (CoMP) and cross carrier scheduling that will drive the centralization of some of the functions. A few selective deployments should be expected in the next two years in Japan and China before we see further action in Europe or North America.

When it comes to virtualizing mobile networks, operators cannot leave deployments to chance. They will need to emulate the behavior of mobile subscribers and VNFs to speed the introduction of compelling new services with proven quality and performance. Furthermore, through and beyond deployment, operators will need even more visibility to address new performance and security challenges created by the migration.

Unlocking The Power Of Your Asset’s Data

Enterprise Agility In The Face Of Rising Cyber Threats

Digitalizing Energy Asset Management– Not A Walk In The Park

Rewriting The Rules On Global Payments With Localized Payment Methods