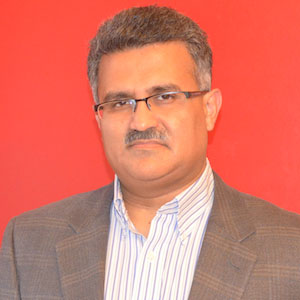 For the last few years, virtualization has been a top priority for CIOs as they undergo large-scale IT transformation projects. While the IT infrastructure continues to evolve, virtualization is being embraced in other areas such as mobile networks.

Evidently, the driving force behind virtualizing mobile networks is cost optimization for operators that could deploy services in an elastic, scalable and flexible manner. They could get the best of breed vendors to interoperate on standard COTS (Common Off the shelf) servers without tying themselves to expensive and dedicated vendor specific hardware.

Virtualizing the EPC requires moving several functional components such as subscriber databases, policy servers and gateways to one or more VMs (Virtual Machines) hosted as VNFs (Virtual Network Functions) in COTS servers. This is possible because each of these components comprises of protocols that are IP based and interconnects are 1G/10G/40G Ethernet links. The IMS network in addition to being IP-based has to effectively deal with predictable voice or video packets every few milliseconds.

​To support such varying 5G use cases across multiple verticals, operators need to shift from being network centric to being more service oriented

vEPC (Virtual EPC) has become a reality after many successful trials worldwide (US, Asia,and Europe). The technical results coupled with reasonable commercial viability augurs well for strategically replacing the custom hardware based solutions that are deployed today. Many virtualized IMS components havealso been successfully demonstrated.

Virtualizing the RAN (Radio Access Network) requires separating the radio heads (RF) from the L1 baseband and L2/3 (MAC/RLC) functions and moving them to a centralized cluster of servers. While this has technically proven to be feasible, the solution requires high-speed fiber links between the radios and the centralized functions. The reason stems from the need for very high bandwidth and very low latency between the radio and the baseband functions. The more functionality we move to a centralized location, the more stringent the latency requirements are, ranging from 30 milliseconds down to 250 microseconds. Availability of fiber is a bigger issue in North America and Europe than in China and Japan.

C-RAN (Cloud or Centralized RAN), while proven technically, will see a lag in deployments in North America and Europe. We will see some selective deployments in Japan, China, and Korea.

5G Onset and IoT Explosion - While mobile operatorsin U.S. are starting to embrace “pre-standard” 5G, vying for the first mover’s advantage, the standards are not expected until 2018. This is almost a deja vuof what happened in early days of 3G in the beginning of this millennium – proprietary implementations got standardized later.  With operators in U.S. announcing their plans to deploy 5G this year and some of the early adopters in Korea, Japan, and China ready to roll, some of the concepts are being solidified fast.

Let’s see how the drive behind 5G and wide range of Internet of Things requires virtualization.

• According to Gartner, there will be 20+ Billion connected devices by 2020. These Internet of Things (IoT) devices will range from those that send Gbps of data to those that send a few bits every month.

• Low latency for some mission critical devices such as “connected, driverless cars” will dictate key LTE Base Station functions being distributed – some will move closer to the edge andrest will be “pooled” in the cloud.

• Verticals requiring different type of services from the network – some high bandwidth, some low power, some very low latency, some high availability.

5G, sometimes is narrowly classified as a higher bandwidth radio access technology. It is much more than that. It will also be the network for low power devices/sensors that are classified under Internet of Things and, low latency applications.

In order to support such varying 5G use cases across multiple verticals, operators need to shift from being network centric to being more service oriented.

To understand this shift, examining the concept of “network slicing” is crucial.

Let us consider use cases such as mobile broadband with higher bandwidth video requiring high availability everywhere, or low power sensors that can operate on a pair of AA batteries for 10 years, or connected/driverless cars that can zip through crowded streets in Los Angeles or Seoul but brake within microseconds when they sense potential obstructions in their paths.Each of these requires a different configuration of the requirements and parameters in the network. In essence, they will need their own Network Slice.

Therefore, networks will need to be built such that speed, availability, capacity and coverage can all be allocated in logical slices to meet the specific demands of these use cases.

In essence, the best way to implement these network slices would be virtualization—forusing Service Provider SDN, NFV and network orchestration. In each of these use cases, the SDN Controller will configure and build the network slices that include service chains such as DPI (Deep Packet Inspection), emails, security scans per user, or per service. The network services themselves arevirtualized as VNFs that allows operators to set up services rapidly, and scale them in response to network/service demands.

All of these vEPC functions, which are being delivered today, will scale and translate directly into the integrated 5G networks. The C-RAN will eventually be deployed where it is commercially feasible. It is not necessary to have the C-RAN deployed day 1 in 5G networks although the benefits and technical feasibility are well understood.

As 5G networks begins its strong march towards deployment worldwide, the wide array of use cases ranging from support for the ever increasing bandwidth demands to the diverse IoT low power/high availability devices will require virtualization to be in the forefront of this revolution.

A Call for More Consistent and Better Customer Experiences

The Evolution of the Matrix

How Blue Shield of California implements finance technology in...