What is the Next of Virtualization

What is the Next of Virtualization 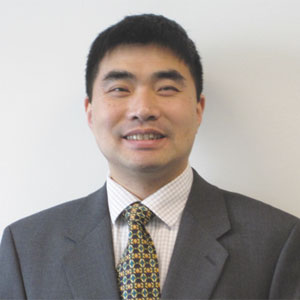 It has been more than half a century in the history of virtualization since IBM’s first effort to virtualize mainframe in the mid-1960s. Multiple applications could run at once, and hardware utilization and productivity were increased. The evolution of virtualization has been accelerated in the past 20 years. The resources such as server, desktop, storage, file system, operating system and, networking are virtualized, and workloads are managed and run over virtual resources to achieve scalability and elasticity. Virtualization is the key to the benefits of cloud computing, i.e. the economy of scale. It makes it possible for enterprise, IT and service providers to reduce the CapEx and OpEx, increase the elasticity of service provisioning, and improve the quality and reliability of services.

Today, virtualization has been used extensively beyond the traditional IT (i.e. server, storage and networks). DevOps paradigm combines software development (Dev) with IT operations (Ops) in order to shorten product development lifecycle and closely align with business objectives. Modern techniques such as Agile methodologies, test-driven methodologies, continuous integration and continuous delivery (CI/CD) etc. have been widely adopted in industry to enable and accelerate the DevOps paradigm.

Virtualization is being adopted ubiquitously, and the next move would be to enable and accelerate adoption of a DevOps paradigm with an automation platform that provides users with a turn-key experience

DevOps paradigm involves many aspects in the development and operations process, such as code development and review, build and CI, continuous testing, packaging and staging, change management and release, and live monitoring. Each stage of the process needs a toolchain to achieve its goal, such as source code management tool (e.g. git and git review), build and CI tool (e.g. Maven and Jenkins), artifact repository (e.g. Nexus) etc. The fundamental aspect of a successful DevOps is the infrastructure configuration and management of the toolchain, and toolchain automation.

- The ability to create a virtual infrastructure cluster

- The ability to deploy the toolchain to the virtual infrastructure cluster

There are some commercial platforms for DevOps automation to some extent. However, on the other hand, an open source solution is still missing. This is a gap and could be one of the next moves in near future.

IoT devices are heterogeneous in nature and brings the challenge of physical devices that are either hard to access or unavailable at scale. Thus, DevOps in IoT runs into problems due to this challenge of hardware availability, especially for testing and test automation.

Certainly, emulating the behavior of IoT devices itself has many challenges, too, e.g. handling different types of hardware, wide range of protocol stack, many proprietary layers and protocols in communication, lack of standards in messaging and data model, heterogeneity and asynchrony etc, to name a few.With machine learning technique, service virtualization can be built upon:

- First the communication flow in IoT fieldis observed and logged, and big data set is generated

- Thirdly the model is applied to emulation of physical device