“eVM software enables a proprietary or legacy OS, its applications and native device drivers, to be hosted on one core of a multi-core processor, while a GUI and other Windows services run on the other cores,” says Kim Hartman, VP Sales & Marketing of TenAsys. “This allows intellectual property investments to be preserved with near native performance, while enabling OEM system developers to take advantage of all the latest Intel processors and Windows resources.”eVM for Windows builds on TenAsys’ exceptional approach that uses explicit partitioning joined with their hard real-time hypervisor (HaRTH) technology. The result is a simultaneous, side-by-side deployment of native Windows that eradicates the need for a detached control unit.

eVM software enables a proprietary or legacy OS, its applications and native device drivers, to be hosted on one core of a multi-core processor

eVM for Windows with TenAsys’ embedded virtualization technology preserves the determinism of existing applications due to its underlying real-time environment.

The company also offers INtime Software, which deploys real-time applications, either alongside Windows or as standalone applications, running on multi-core x86 PC platforms. INtime for Windows facilitates RTOS applications to run side-by-side with Windows on the same hardware, eradicating at least one PC in the system design. The INtime Software Development Kit (SDK), based on Microsoft Visual Studio tools, serves as the foundation for the development cycle of any INtime solution. In an instance, to efficiently combine high-speed mathematical calculations with reliability and flexibility, Eitel Presses—manufacturer of precision machine tools built their state-of-the-art control platform on Steeplechase VLC and the INtime RTOS for Windows; giving them a competitive advantage that cannot be easily duplicated.

The company’s solutions have proven their superiority over the decades on mission-critical systems in fields as diverse as medical electronics, industrial control, robotics, test and measurement, and military applications. TenAsys’ solutions are fortified through close associations forged with other industry leaders amalgamating best-in-class technologies from Intel, Microsoft, and various specialty hardware and software partners to present solutions that are configurable, extensible, and pocket friendly.

Today, with the advent of multi-core processor technology, there is a potential to revolutionize the way embedded systems are designed. For the future, TenAsys plans to provide unique solutions in the virtualization arena giving clients’ an edge over their competitors. 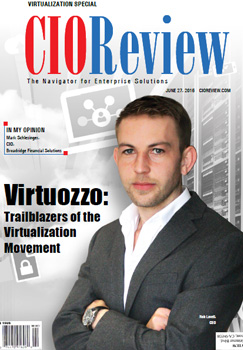